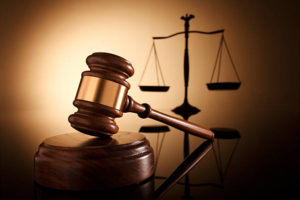 On December 27th, the Pennsylvania Department of Insurance approved an across the board increase of 6.06% for workers compensation loss costs.  This increase is effective on 2/1/18 and applies to all but four classes.  This is independent of the 4/1/18 rate change which has an average increase of .70%.   The 2/1/18 interim rate increase is the result of a recent PA Supreme Court decision (Protz v. WCAB (Derry Area School District)) decided on June 20, 2017  that determined a section of the Workers Compensation Act (306(a.2)) is unconstitutional.  This part of the act was authorized in 1996 by then Governor Ridge and was part of other workers compensation reforms.

Section 306 (a.2) of the workers compensation act allowed insurers to require injured employees who have been receiving total disability benefits for a period of one hundred four weeks to submit to a medical examination to determine the degree of impairment (impairment-rating evaluation (IRE)).   The IRE had to be requested within 60 days upon expiration of the 104 weeks.   The impairment shall be determined using the American Medical Association’s (AMA) most recent edition [emphasis added] “Guides to Evaluation of Permanent Impairment” (The Guides).   It was the emphasized provision that was most problematic for the court.  The court said that this was an illegal delegation of power by the General Assembly.  If the General Assembly had limited the impairment determination to the Fourth Edition of The Guides which was in effect at the time of the legislation, maybe this section would have survived the appeal.  However since the IRE is determined using the most recent edition of The Guides, it gives the AMA de facto legislative power.  Since 1996 there have been 2 revisions to The Guides.   Justice David Wecht, writing for the majority option states:  “Without any parameters cabining its authority, the AMA would be free to: (1) concoct a formula that yields impairment ratings which are so inflated that virtually every claimant would be deemed to be at least 50% impaired; or (2) draft a version of the Guides guaranteed to yield impartment ratings so miniscule that almost no one who undergoes an IRE clears the 50% threshold; or (3) do anything in between those two extremes. The AMA could add new chapters to the Guides, or it could remove existing ones. It could even create distinct criteria to be applied only to claimants of a particular race, gender, or nationality.”

House Bill 1840 was introduced on October 2, 2017 and was referred to the Committee on Labor and Industry that same day.  House Bill 1840 corrects the anomaly in the act by amending replacing “the most recent edition”   with “the sixth edition”.   As of today, the committee has not acted on this bill.